Brexit: The Backstage of a Divorce

No one saw this coming.

Furthermore, a large proportion of the UK population feels deceived and the country remains deeply divided on the issue. How did it come to this? Thomas Johnson, a French-English filmmaker, and Eric Albert, a journalist from Le Monde London, set about to understand better British public opinion.

They also interviewed politicians who were involved in the Brexit decision, such as Nigel Farage, an extremist in the Leave campaign; Tony Blair, the former British Prime Minister; former French President François Hollande; and Michel Barnier, European Chief Negotiator for Brexit.

This documentary reviews the lies, fake news and political blockages that may have contributed to the referendum result. It also delves deeper into the workings of the “Leave” campaign and the complex and rarely cordial relationship between the United Kingdom and Europe over the past 50 years. What does the post-Brexit project look like? Could this political earthquake threaten both the unity of the United Kingdom as well as the stability of Europe itself? 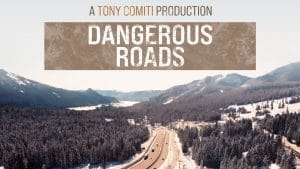 This series follows the forces of law and order around the world as they deal with horrific road accidents and try to prevent road fatalities.

Could algae replace oil and create a world without plastic?

Inside the Russian Info War Machine