When Microsoft accused ‘state-backed’ Chinese hackers of entering its servers to target at least 60,000 global users, few people were surprised. It was just the latest in a long line of Chinese cyberattacks. Growing security concerns over China has also lead to Huawei being banned or restricted from 5G networks in a host of countries, including America, UK and Australia.

For decades, Western leaders wanted to believe that China’s economic growth posed no threat to other countries. That it would be content to act only within its borders and that, as the country became more capitalist, it would also become more liberal. Today, that hope has been dashed. China is regularly cited as the number one source of cyberattacks.

There’s a fierce battle going on for global technology leadership. 5G networks are seen as essential for future development and few companies are as well positioned to lead this 5G revolution as Huawei. But to what extent should it be regarded as a threat? We hear from leading officials in America, Europe and China. 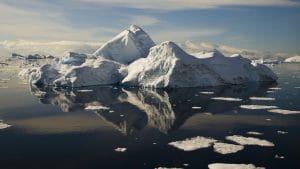 The Rising of China Arctic

After the rise of China’s power in Africa, are we on the verge of seeing a Chinese Arctic?

Taiwan vs China: A Fragile Democracy

Taiwan remains determined to stand up as a vibrant, young democracy. But it won’t be easy… 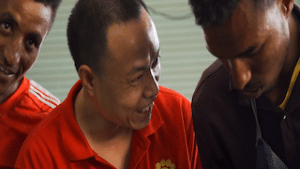 What China has baptised 'The New Silk Road' allows a pair of trainers to be transported by train from China to France in less than two weeks. But they also act as a vehicle for a wave of Chinese expansionism across the world.